Players take turns playing and moving cards to form sequences of cards called stacks. Players can place a bid next to each stack indicating how they think a stack will end. When a player’s bid card can be added to the top of its stack, the player wins the stack, getting to collect the stack of cards and the bid. The object of the game is to have won the most cards by the time the deck runs out twice. 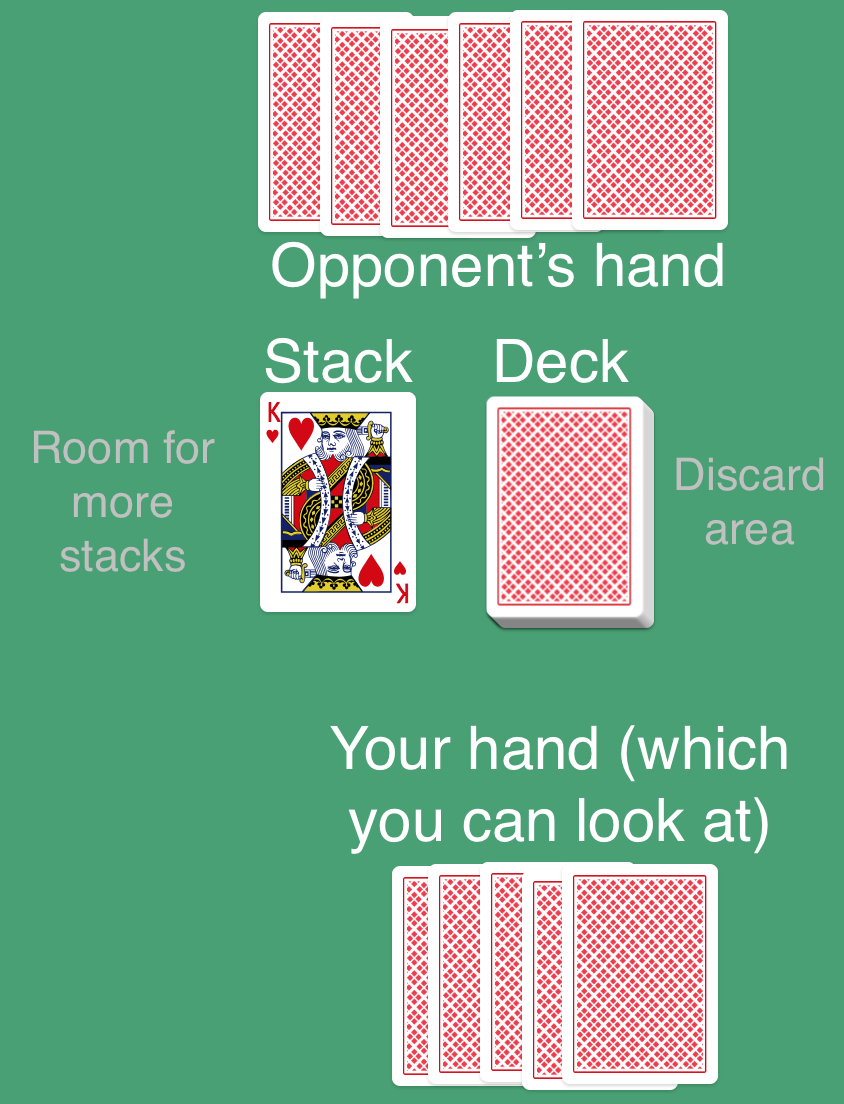 Each turn consists of four phases. These phases must be played in order, but only the first phase is required. When your turn is over, play passes to the other player.

The player who has won the most cards by the end of the game is the winner. Because the game involves some luck, players should play best-of-three to decide the overall winner.

More details on playing a turn

For this phase, choose one (and only one) of three actions: 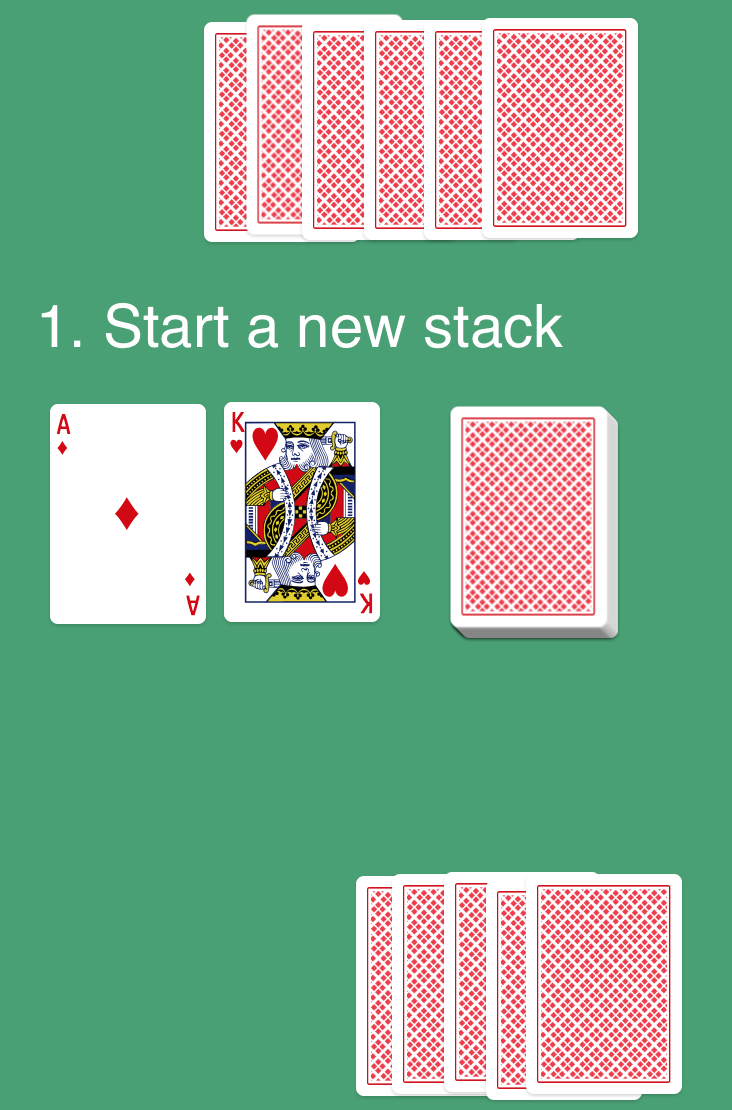 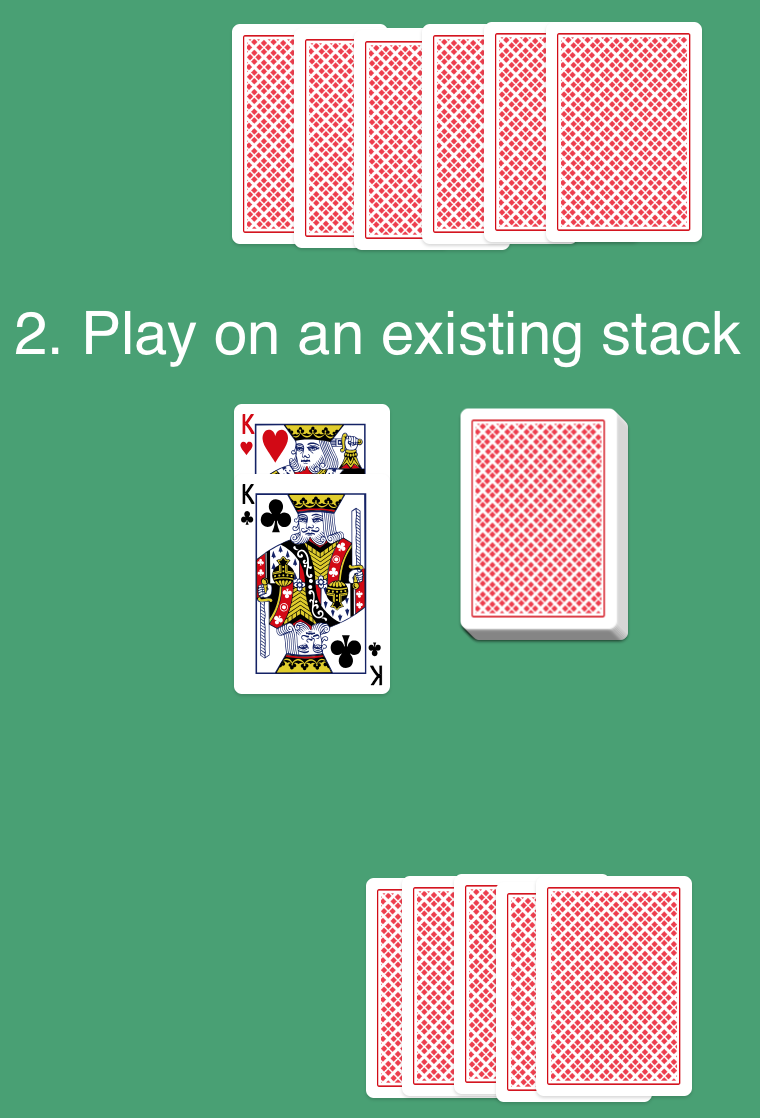 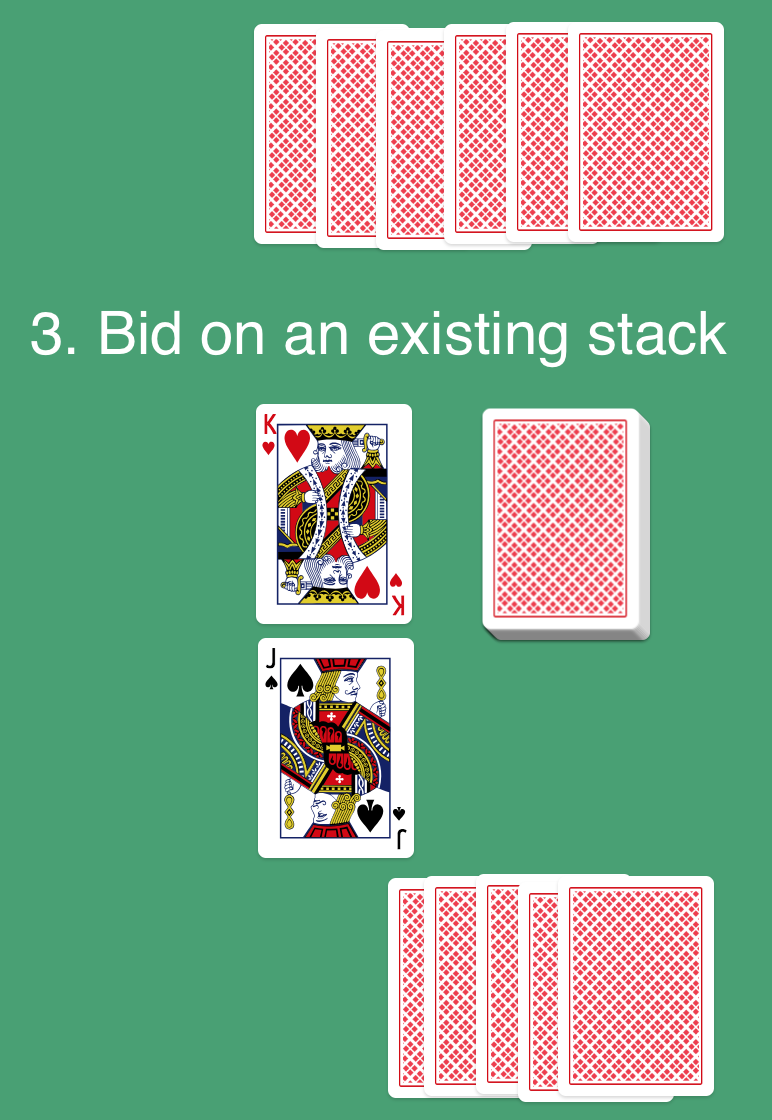 You can move a stack onto another stack only if you already have a bid on both, and if the resulting stack would form a legal sequence of cards. Any bid cards from the moved stack are sent to the discard pile. Any number of stacks can be moved in the same turn. 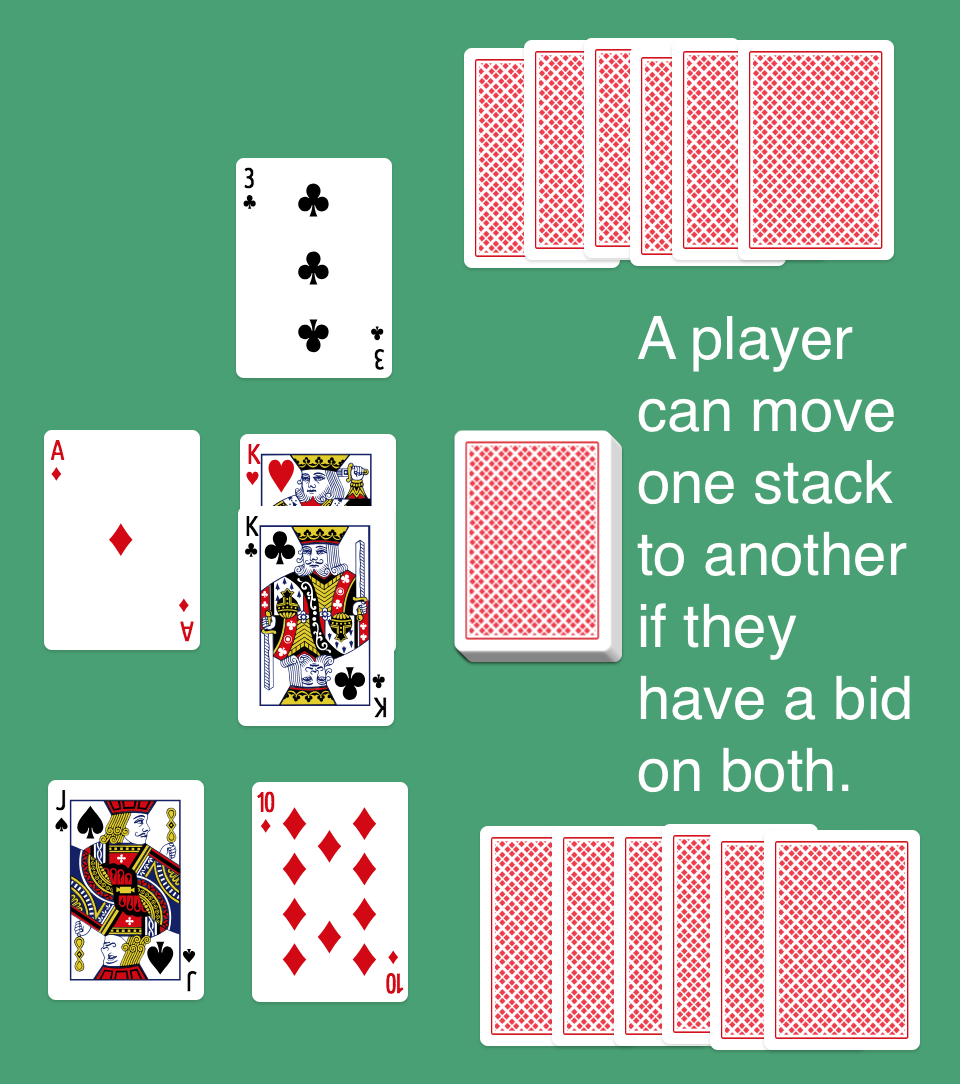 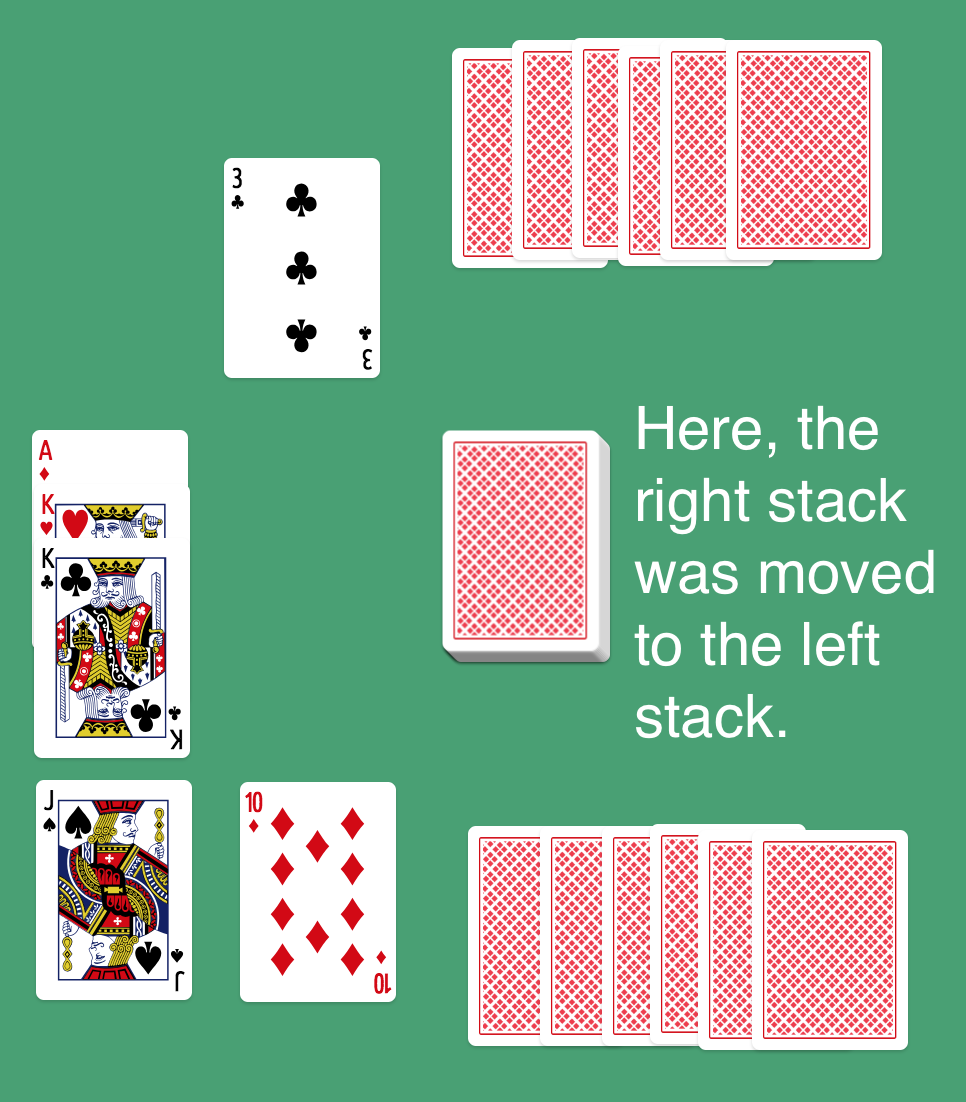 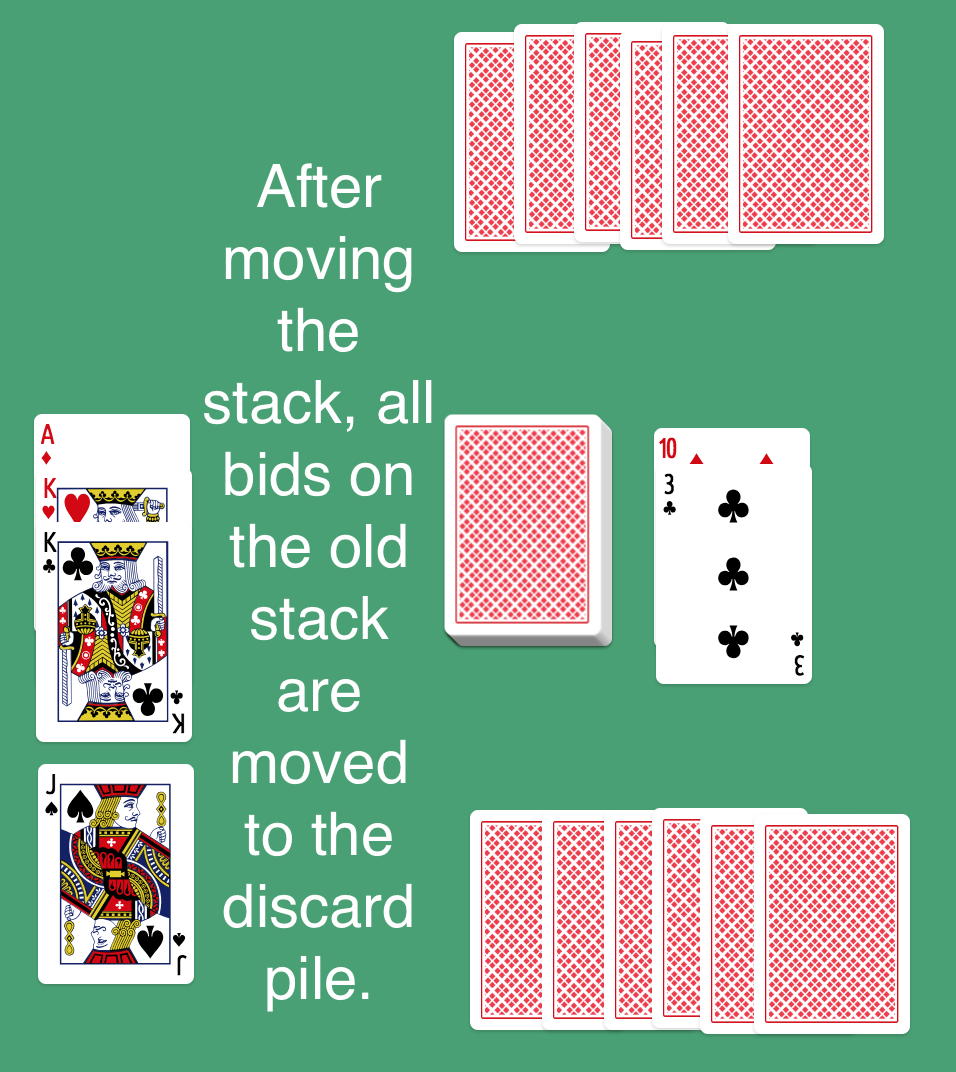 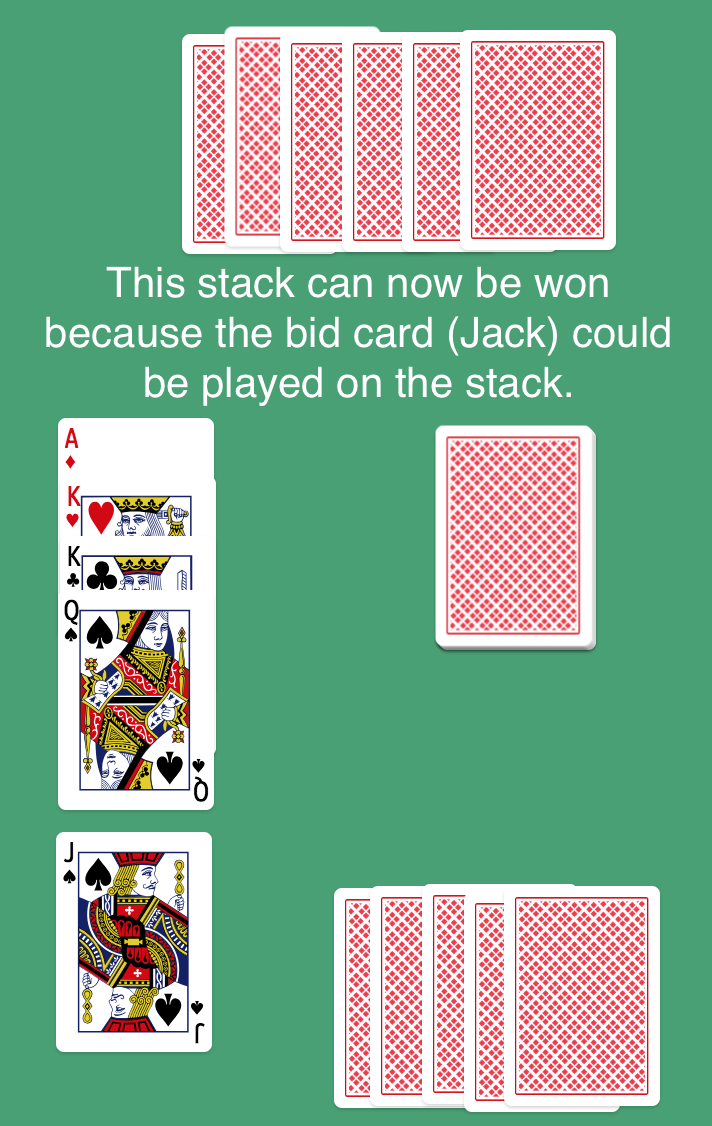 For each stack that you have a bid on, if the bid card would be a legal play on top of that stack, you win the bid card and the cards in the stack. Collect these cards and place them aside. If the other player had a bid card on that same stack, move that card to the discard pile. Any number of stacks can be won in the same turn.

If there are no more stacks left at this point, the next card from the deck is automatically flipped up to become the first card of a new stack (as at the beginning of the game).

Finally, you may choose to draw cards from the deck until you have six cards in your hand. If the first deck is empty before you have drawn the required number of cards, you must shuffle the discard pile to form a second deck, and then draw the remaining number of cards you need from that new deck. The game ends as soon as the second deck is empty!

Landslide was created with Jess Graves in September, 2018.